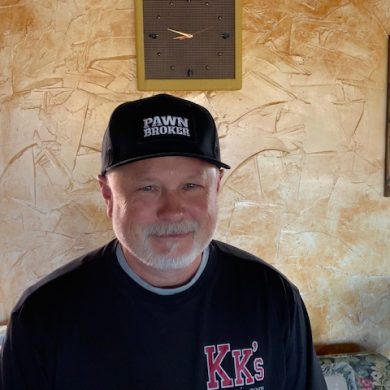 Ken is a Second Generation Pawnbroker that has been involved in the Pawnbroker business since 1978 after his father, KK Huddleston, opened his first Pawn Shop in Manchester. After graduating from Tennessee Technological University, Ken began working full time at KK’s. Currently he is President of KK’s Loans, Music & Jewelry, Inc that serves 3 locations in Southern Middle Tennessee. Ken is a long-time supporter of the NPA since the 1990’s. He has served as the President of Tennessee Pawnbrokers Association, and he is currently serving as Secretary/Treasurer for the TNPA. Ken is married to Nancy Huddleston since 1990; they have two kids. Zakk, oldest son, has been with the company since graduating from Tennessee Technological University, and he opened the McMinnville Location in 2017. He is currently serving as a Regional Manager. Isabella, after graduating from University of Alabama Huntsville, is currently enrolled at South College as a Physician’s Assistant.