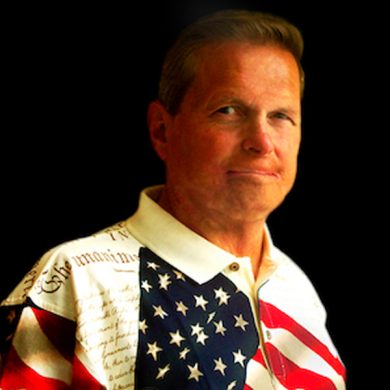 Brian graduated from East Carolina University in 1970 with a degree in History and Anthropology. He went on to become an Air Force fighter pilot for the next twenty years. During the Vietnam War he flew 212 missions before his aircraft was shot down. Forced to ride his plane into the jungle, he was severely burned in the ensuing crash, and given up for dead. Eventually rescued, Brian endured one year in military hospitals where he underwent 15 surgical procedures and was told he would never fly again.

After much physical therapy, Brian miraculously returned to active duty flying fighter jet aircraft. He became an airshow demonstration pilot, was selected for the first A-10 squadron, and instructed at the Air Force’s TopGun School. He culminated his Air Force career by flying our nation’s Top Secret spy plane, the SR-71 Blackbird, the fastest aircraft ever built. Brian flew covert missions in the Blackbird for 4 years and was the pilot who provided President Reagan with detailed photos of Libyan terrorist camps in 1986.